Chuzpah Cards is a small card game company based in Israel. We create hilarious, family-friendly games on Jewish topics which are both fun and educational. We are nerds who believe that jokes should be funny and our mission is to make you laugh on Jewish holidays. Our games are printed in Israel and available online with worldwide shipping.

Chutzpah Cards was born in 2019 when Slightly Scandalous Seder Cards was shared in a Facebook Group and became an immediate success. With Seder Cards out in the world, there was soon demand for an adult-content version, and a bigger version for those who never wanted to stop playing.

Let’s face it: the Passover seder is (sometimes) boring.

But Slightly Scandalous Seder Cards can help with that! This hilarious game is great for playing at the seder or passing those long hours until sundown. It’s fun for the kids, the parents, the grandparents, and even the family members you didn’t know about until now.

Every year, amid cleaning, cooking, and unboxing the pesach dishes, my mother says: “We talk and talk about how important it is to tell the story of yitziat mitzrayim, but we never actually tell the story!”

So here it is. Hours of fun, yontiff-appropriate, family-friendly, and completely Kosher for Passover. Well, the Seder Cards are. The soon coming Chanuka version will be Chametzdik AF.

What We Believe In

A few things we’re machmir about.

All who are funny, come and laugh. You do not have to be Jewish or observant to play our games. Everyone is welcome!
There are children present. The humor in the core games is appropriate for all ages.
Humor does not come at the expense of sensitivity. At Chutzpah Cards we believe that jokes are supposed to be funny.
Judaism can be a source of joy. Yidden, let’s face it: our culture is absurd. Why do so many of us laugh at that “Borrowing fire from the neighbors” card? Our view here is that Judaism is hilarious when you look for it, and our games are a tool for connecting with our heritage in a way that brings joy.

Liora Sophie is an Israeli author and the creator of Chutzpah Cards. Born in Western Massachusetts and raised in Israel, Liora is a fierce believer in using your faith as a force of good in the world. She has a B.Sc. in mathematics, plays the cello, and a few other unrelated hobbies such as vegan baking. Coming from a Modern Orthodox background, her struggle with the different interpretations of what makes a ‘Torah lifestyle’ is what prompted the creation of these games. Liora believes that humor does not have to come at the expense of sensitivity. These hysterical and inclusive card games are packed with jokes that are appropriate and politically correct, making the decks a method to assert her theory, as well as a tool for using Judaism as a source of joy.

No Passover will ever be complete without this game from now on. 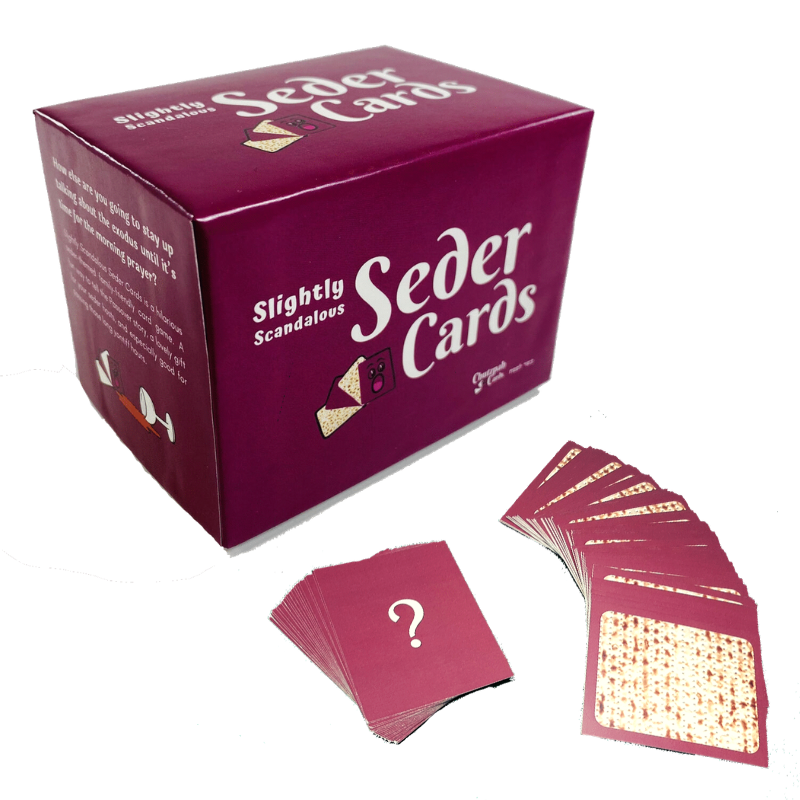 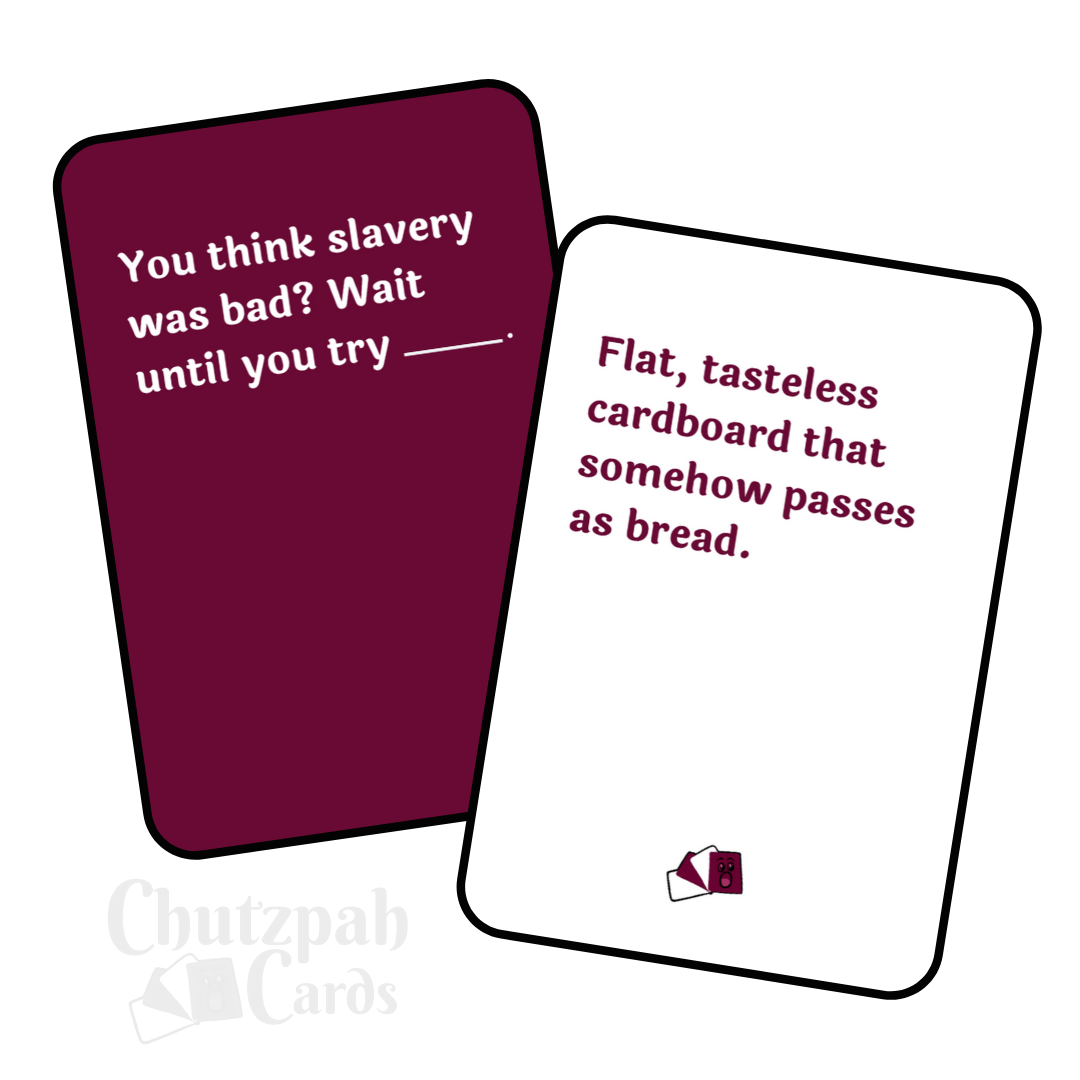 Ideal work environment
EXCITING NEWS!!!!
UPDATE: The printer has just informed me that they are set to reopen in early June. The production of the cards should be completed fairly quickly once that happens.This should allow for shipments inside Israel to be made within a few weeks of the printer reopening.International shipments will only be made possible once air traffic is reinstated to and from Israel.Thanks everyone so much for your patience and understanding.Stay safe!
What's funnier than regular seder cards? The corona themed seder cards! This printable expansion is free with any purchase of the full game. Stay home, play cards! Link in bio.
Loading Comments...
%d bloggers like this: